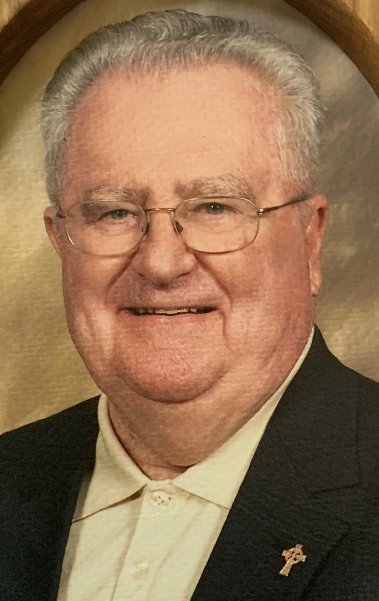 Make Donation
Share this Tribute:
Share Obituary:
Share Your Memory of
Edward "Ted"
Upload Your Memory View All Memories
Be the first to upload a memory!

Mr. Edward F. “Ted” Foley Sr., of Auburn, passed away with his family by his side, at the New York Veterans Home in Oxford, N.Y.

Ted was born in Throop, N.Y., to Peter and Ethel McKay Foley.

He was predeceased by his parents; his brother, Ronald Foley; his sister, Debbie Anderson, and his first wife, Eloise Merkley Foley.

Ted was a graduate of Auburn High School and attended LeMoyne College before enlisting in the United States Air Force and served his country with pride and dignity in Korea, where he worked on the flight line in electronics. Mr. Foley developed a love of airplanes that he carried thru his life.

Upon returning to Auburn from Korea, Ted embarked on a long and adventurous career in the telephone business, spanning more than 40 plus years as he started with New York Telephone as a lineman-cable splicer and progressing up thru the ranks to a construction manager encompassing the entire southern tier of New York until his retirement in 1985; and then, continued to work as a contract telephone inspector.

He loved to go camping with his fellow telephone families and was an avid woodworker making many fine pieces of furniture for his daughters. Ted was very strong in his Catholic faith and was a member of St. Alphonsus Church, Auburn.

The family wishes to thank the staff at Uhs South 3 and 5 and those at the Veterans Home in Oxford, N.Y., for their care provided to Ted.

Calling hours will be held from 2 to 5 p.m. Sunday, June 30, 2019, at Farrell’s Funeral Service, Inc., 84 South St., Auburn. A Mass of Christian burial will be celebrated at 10 a.m. Monday, July 1, 2019, with the Rev. Michael Brown as celebrant in St. Alphonsus Church. Interment will follow in St. Joseph’s Cemetery, with full military honors.