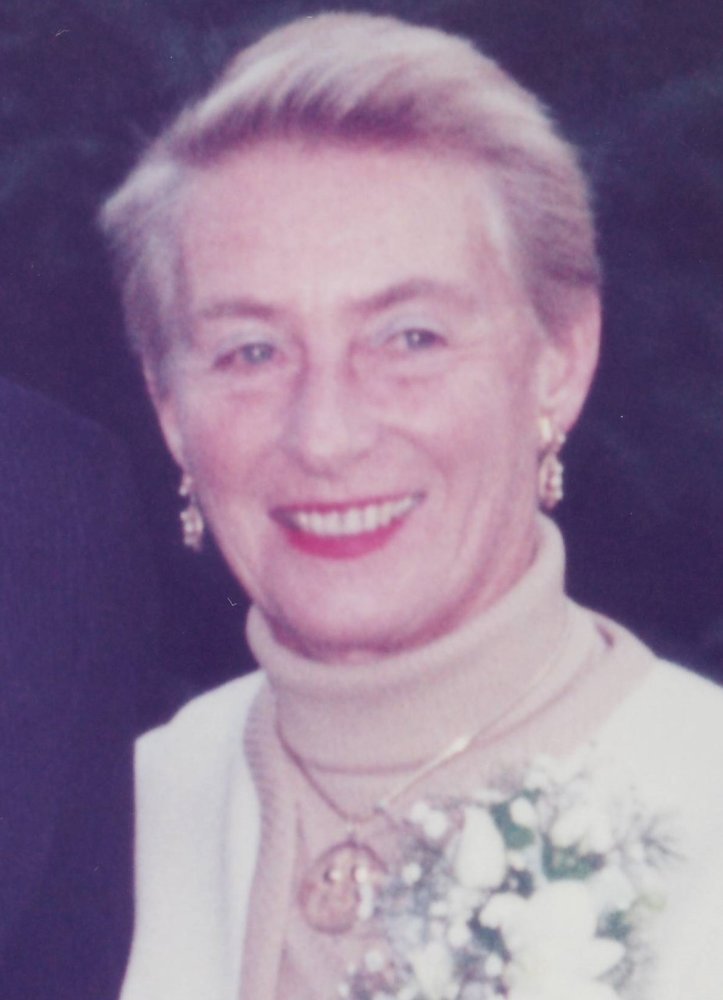 Obituary of Sonja A. O'Brien

Sonja A. O’Brien, 90, passed away Monday, March 25, 2019. She was born in Hamburg, Germany, on June 19, 1928, and later moved to Brussels, Belgium. After fleeing Belgium with her parents in May 1940 to escape WWII, she grew up in New York City where she graduated from Fordham University with a degree in Biology. After graduation she worked at Pfizer Pharmaceuticals.

In 1952 she married Dr. Francis R. O’Brien. After spending two years at Fort Eustis, VA, where Dr O’Brien was stationed in the army, they moved with their then four children to Auburn, NY. Shortly after moving to Auburn they purchased a nearby farm where they would spend the rest of their lives.

She loved animals and was always surrounded by dogs, cats, horses, fish, cows, and often one or more monkeys. For many years she and her favorite horse participated in barrel racing and goat tying events. Model trains was another hobby where, for over 50 years, she hand-built elaborate layouts that filled entire rooms. And she always had time for tending flower gardens, a swimming pool, and an ornamental fish pond.

An annual trip to Mexico in their motorhome allowed her to practice her Spanish and explore the Mayan ruins.

After a serious stroke in 2008 she contented herself with mowing the vast lawns at the farm, working on puzzles and watching old western movies in the evenings. But she never lost her sense of humor.

There were no calling hours. A mass of Christian burial was held at Holy Family Church in Auburn on April 1 for family members and close friends. Interment was in St. Joseph’s Cemetery, Fleming. Donations in her memory may be made to Hospice of the Finger Lakes.

Sonja will be greatly missed by her family, friends and her beloved animals.

Share Your Memory of
Sonja
Upload Your Memory View All Memories
Be the first to upload a memory!
Share A Memory