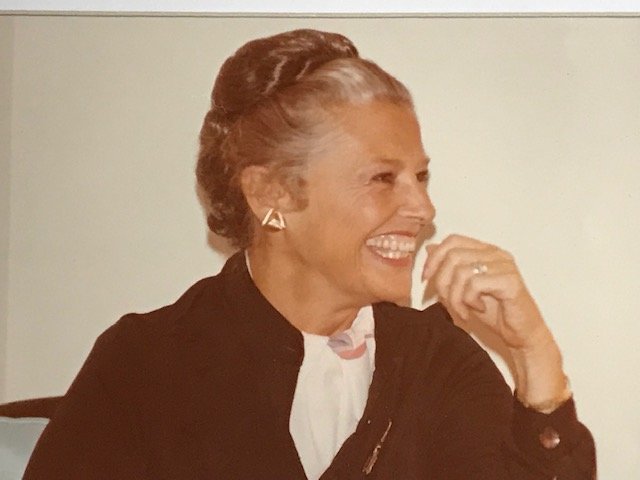 AUBURN, NY. Lorraine Chrisler McCarthy entered into eternal life on December 24, 2018 after a long illness. Born in Batavia, NY, her family moved to Auburn when she was still in school, making her a nearly life-long resident of the city she loved. After graduating from high school, she attended Mary Washington College (now the University of Mary Washington) in Fredericksburg, VA. She interruptied her education to marry, at the age of 19, the love of her life, Louis J. McCarthy, Jr., a pilot, war veteran and first lieutenant in the Army Air Corps. Louis and Lorraine, members of the aptly named Greatest Generation, were married on May 1, 1946; the marriage ended only upon Lou’s death 67 years later in 2013. From the late 1950’s to the early 1970’s Lorraine worked as a medical secretary for Dr. Carlton Bullard, an ears, nose and throat and plastic surgery specialist. Following that, she ran Beauty Workshop throughout the rest of the 1970’s and into the 1980’s. Lorraine was a tireless volunteer for Sacred Heart Church, organizing fashion shows and other fundraisers and serving as an officer of the Rosary Society. She also served for several years on the Board of Directors of the Owasco Country Club. Her private philanthropy was legendary, and she was always first in line to help a neighbor, elderly friend or even complete stranger with a hot meal or homemade dessert. Lorraine’s style and joie de vivre were infectious and filled a room with light. She will be sorely missed. Lorraine was predeceased by her beloved, Louis J. McCarthy, Jr. and her 4 year old daughter, Dana Jean McCarthy. She was also predeceased by her parents, Margaret and Perry Chrisler, her sister Jean Fairhurst and her brother Robert Chrisler. She is survived by her daughters Deirdre M. Murphy of Auburn, NY and Denise M. Randall of Guilderland, NY, along with 6 grandchildren and 5 great grandchildren. The family extends sincere thanks to the staff of The Commons on St. Anthony who were devoted and attentive to Lorraine and were extremely kind to her family during the final days. A Mass of Christian Burial and celebration of Lorraine’s life will be held at Sacred Heart Church at 10:00 a.m. on Saturday, January 5, 2019, followed by a reception at The Springside Inn, to which all friends and family are invited. In lieu of flowers, please

consider a donation in Lorraine’s memory to Sacred Heart Church for its Building Fund, or the Owasco Fire Department.