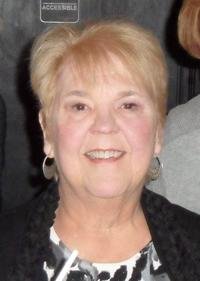 Maureen had resided in Cayuga most of her life; a graduate of Auburn Central High School with the class of 1958. After graduation she spent a few years in Washington, D.C., serving as a secretary at a Washington, D.C. hospital. She had retired from the Seneca Cayuga Action Committee, having previously worked at New York State Chiropractic College, Eisenhower College, Goulds Pumps, and General Products. While at General Products, she met her husband, Harold A. Kuhlmann who predeceased her on June 3, 1999.

During her retirement, Maureen had loved traveling, and had been all over the world. She loved her family, many friendships, and always being on the go. Maureen enjoyed entertaining and hosting her friends and family and her home that she loved.

The omission of flowers is requested with memorials to the Cayuga Volunteer Fire Department.

Share Your Memory of
Maureen
Upload Your Memory View All Memories
Be the first to upload a memory!
Share A Memory