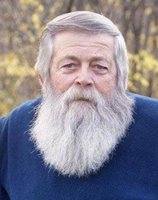 Richard James "Dick" Burcroff of Montezuma, NY, passed away peacefully, surrounded by his children on Monday, August 2, 2021. He was predeceased by his loving wife, Karen (Vail) Burcroff, in November 2018. Dick was born on December 10, 1946 to the late Nelson and Mildred (Lapp) Burcroff. At the age of 17, he enlisted in the US Marine Corps and served in Vietnam. He spent his career as an electrician, retiring from Goulds Pumps in Seneca Falls, NY, after 40 years of dedicated service. Dad enjoyed gardening, hunting, fishing and being outdoors. He also enjoyed many adventures (and shenanigans) with lifelong friends Bill McBride, David Helmer, FrankDiLallo and Dave Rogers. His greatest joy in life was spending time with his grandchildren and he took every opportunity to attend games, support the kids' interests and say "I love you". Dick is survived by two brothers: Robert Burcroff of CA and Vincent Burcroff (Karen) of WV. He is also survived by his children and grandchildren: Christine Burcroff Moulton of Throop, NY, David and Karen Burcroff of Waterloo, NY; and their children: Casey and Kierstin Burcroff; and Joanne Burcroff Nolan and Shawn Nolan of Montezuma, NY; along with their children: Drew and Dylan Nolan. Surviving sisters in-law and brothers-in-law include: Anne and Bill Ganey of Syracuse, NY, Eddie and Judy Vail of Auburn, NY, and Sue and Marco D'Eredita of Herndon, VA. Dick is also survived by many nieces, nephews and cousins. In addition to his parents and wife, Dick was predeceased by his brother and sister-in-law, William "Bill" and Marilyn Burcroff. We are grateful that Dad's final days were spent at home and extend a deep and sincere thanks to his caregivers, especially Anna-Marie Peters and Hospice of Central NY and the Finger Lakes. Per Dad's wishes there will be no calling hours or funeral. A private graveside service will take place at St. Joseph's Cemetery at 10 a.m. on Saturday, September 4, 2021. We invite family and friends to join us at 12 p.m. that same day at 8208 State Route 90, Montezuma, for a celebration of Dick's life, sure to include a PBR or two and some "fish stories". Donations in Dad's memory may be made to,Hospice of Central New York and of the Finger Lakes, 990 7th N Street, Liverpool, NY 13088, or to a sporting or conservation organization of your choice.