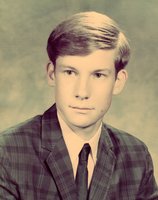 Stephen J. Chayka passed away unexpectedly on Saturday, May 23, 2020. Born in Auburn on Feb. 17, 1953, he was the son of Joseph S. and Barbara Bills Chayka. He attended St. Alphonsus School, Mount Carmel High School, and graduated from Auburn High School, class of 1971. Following high school, he enlisted in the U.S. Coast Guard and was honorably discharged in 1975. During his service he received a commendation from the Michigan State Senate in 1973 for risking his life in assisting in the rescue of a collie dog trapped in the icy waters of Lake St. Clair in Detroit. He graduated from Auburn Community College, having earned an associate’s degree in business. He was employed by Onondaga County’s Jamesville Penitentiary until his retirement in 2012. Steve was a history enthusiast and had a special interest in American history and was quite knowledgeable on events that occurred during the American Revolution and the Civil War. He enjoyed reading books not only on military history but also politics, and loved fishing the local lakes and attending regional military air shows. Steve was extraordinarily generous to those who knew him and loved him. He had a special love for animals and was responsible for countless rescues of cats and dogs. His kind heart will be greatly missed. Steve was predeceased by his father, Joseph S. Chayka. He is survived by his mother, Barbara Bills Chayka; his siblings, Paul A. (Shelly), of East Syracuse, N.Y., Joseph S. Jr., of Browns Mills, N.J., Christine M. (Edward) May and John E., also of Auburn; along with several nieces and nephews. He will be sadly missed by his special cat, Lucy. Services for Steve will be announced at a later date. As he had a special affection for animals, any donations in his memory to the Finger Lakes SPCA would be appreciated.