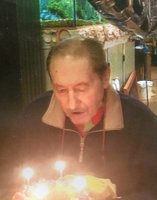 Mr. Peter Sedor, 91, of Auburn, passed away at home on Sunday, March 22, 2020. Peter was born in Auburn on March 26, 1928, the son of William and Helen Seloma Sedor and was veteran of the Korean War having served in the U.S. Marine Corps. He owned and operated The Sunset Restaurant in Auburn, a restaurant his parents opened in 1933. He is survived by his wife, Mary A. (Breanick) Sedor; his two brothers, Paul and Gerald Sedor; his brother-in-law, John Breanick; several nieces and nephews and their children. Peter is also survived by his extended Sunset Restaurant family with a special thank you to Debbie Samasuck and Life Time Care, especially to Sonya Kowalski, RN. Along with his parents, he was predeceased by his brothers and sisters, William and his wife, Fanny Gay, George, Michael and his wife, Joan, Anne Elkovitch and her husband, Joe, Helen Holstein and her husband, Seward, and Irene Tonzi and her husband, Bill; two sisters-in-law, Ida and Alma Sedor. There will be no public services. A celebration of Pete’s life will be held later this summer at The Sunset Restaurant. In memory of Pete, contributions may be made to local food pantries and to support local businesses during this trying time.